Conservation is part of what we do. In 2010 we established a natural reserve adjacent to the plantation and registered it with Resnatur, Colombia´s protected area network. Right after, we started the process of registering our new Reserva Natural La Pedregoza with Colombia's national parks' system (PNN), as a result of which we now appear in the national protected areas registry (RUNAP). The natural reserve is 1,200 hectares or almost 3,000 acres in size, and includes 4 distinct eco-systems: inundation forest, gallery forest, morichals (heavily treed savanna drainage creeks) and savanna with serranías (small hills). There is a lake, a caño (small waterway), several beaches and wetlands within the protected area. We have some trails that give access to approximately 10% of the natural reserve, the rest is dedicated to conservation and to scientific study. The natural reserve is home to numerous species of tropical trees and plants , including endangered Sassafras trees, some 140 species of birds, and numerous animals including ocelots, tapirs, pumas, jaguars, caimans, giant otters, giant anteaters, armadillos, monkeys and more. We are also home to over 20 species of snakes, many lizards, frogs, turtles and turtoises, not to mention an astonishing variety of insects and fish.

How is the Natural Reserve operated?

To efficiently manage and operate the natural reserve we set up a non-profit, non-governmental organization (NGO) in late 2011 called the Corporación Ambiental La Pedregoza or La Pedregoza Environmental Corporation. Our NGO is tasked with operating a range of programs and projects in and out of the natural reserve. It assists with our student intern program, coordinates scientific studies, actively plants native trees, oversees Conservation Agreements with landholders in the region, works closely with renowned environmental organizations such as the WWF, TNC, WCS and Colombia's Humboldt Institute, does an annual giant river turtle rescue program (Podocnemididae family) and works with a number of national and foreign universities doing Orinoco River basin studies. In 2014 our NGO became one of 10 organizations and institutions to sign the Rio Bita Protected River declaration, an alliance in which we continue to play an active role. In 2015 our NGO was decreed to be an articulating organization for the creation of new natural reserves in the RUNAP, which includes the preparation of natural reserve management plans. We have publised several books and collaborated in a significant number of other publications. 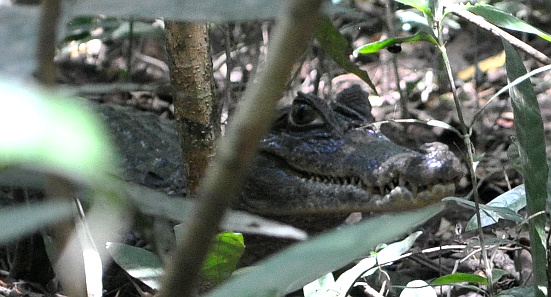 While we restrict access to large parts of the natural reserve, there is more than enough activities to do and places to see to keep ecotourists busy for several days. La Pedregoza is well off the beaten track, and the Orinoco River basin remains a mostly undiscovered jewel for those who want a unique experience.

Send us a message

Other ways to reach us